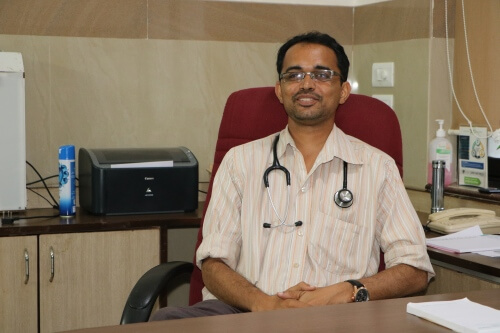 Dr. Guruprasad Bhat who completed his MBBS from KMC Mangalore in 2007, persued his post graduation in General Medicine from Sri Siddartha Medical College, Tumkur, in the year 2011.

Further he obtained his DM in Medical Oncology from Kidwai Institute of Oncology in 2014.

Few among his accolades include: 2nd holder of RGUHS in General Medicine in 2011, one among the 6 young Oncologists in India selected by TYSA Oncology, publications in several journals, etc.

Dr Guruprasad Bhat has been working in the Department of Oncology since 2014.