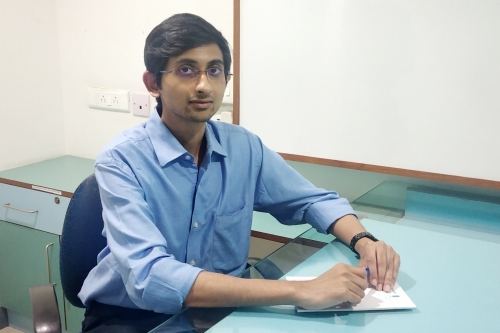 Dr Hrishikesh V.J has joined us as an In-house Consultant at the Radiology Department of Yenepoya Specialty Hospital from October 28, 2019.

Dr.Hrishikesh earned a Bachelor’s degree in Medicine from Govt. Medical College Trissur, Kerala in 2013. Later, he pursued his Masters in Radiodiagnosis from Amrita Institute of Medical Sciences, Kochi, Kerala in 2017. Dr.Hrishikesh, further underwent traning in Cardiac MR from the Institute of Cardiac Centre, Narayana Hrudayalaya, Bangalore in 2019.

Dr Hrishikesh has been in practice since 2013 and previously was associated with Amritha Institute of Medical Sciences, Kochi, Kerala, Medall Scans – Indira Gandhi Co-operative Hospital, Kochi, Kerala. His area of interest is in Cardiac MR.