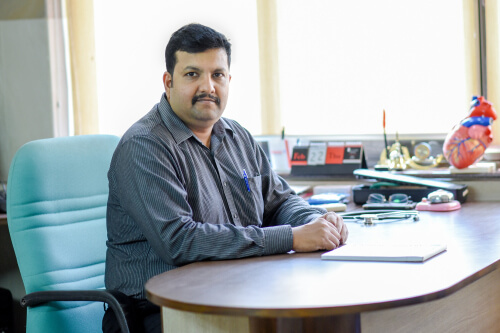 Dr. Sakthivel graduated from Madras medical college which is one of the premier institutes in India, performing more than 1500 cardiac and 800 thoracic surgeries per year. He has worked in Institute of Child health, Chennai, India where over 600 pediatric cardiac surgeries are performed a year during his training. He has also worked with Dr.K.M.Cherrian at frontier hospital, Chennai during his training period.

He then worked with Dr. Vivek Jawali, a pioneer in off- pump beating coronary artery surgeries and minimally invasive cardiac surgeries. With the acquired knowledge and work experience, he worked as Consultant in cardiothoracic surgery at Sakra world hospital and Narayana Hrudayalaya hospital, Bangalore.